Memo on the Involvement of NCWC Staff in Politics, 1936 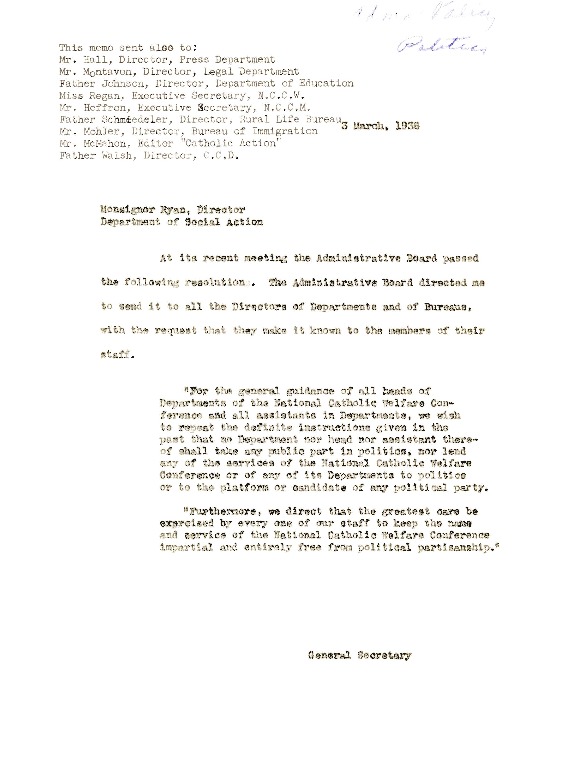 Father Ryan's increasingly vocal support for the Roosevelt administration, especially in opposition to Father Coughlin's criticisms, prompted the National Catholic Welfare Conference's (NCWC) Administrative Board to send Ryan a memorandum reminding him of NCWC policy forbidding staff from political involvement. The memo presented here specifically mandates that the NCWC be kept free from the appearance of political partisanship by disallowing staff members from open, public support of a party or a candidate.

← Memo on the Involvement of NCWC Staff in Politics, 1933
Next Page: