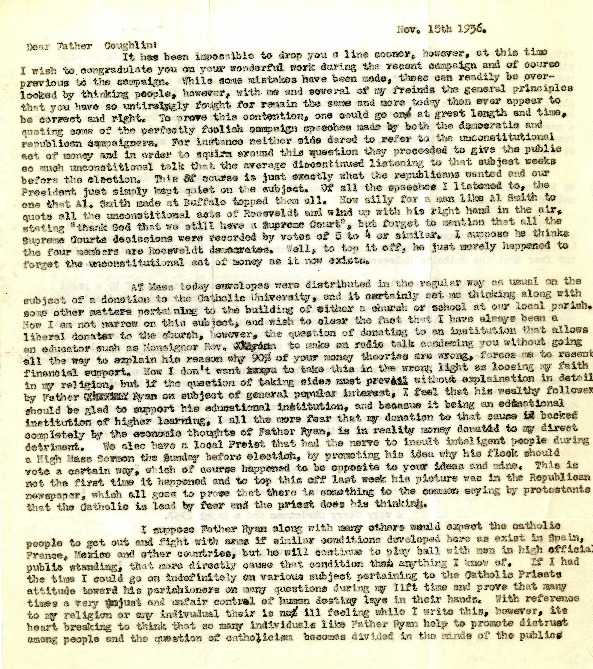 This anonymous letter was sent to Father Coughlin following the election as a statement of continuing support for the radio priest. The writer mentioned how he withheld a donation to Catholic University because of the Father's Ryan's (Father Ryan was also a Catholic University professor) "Safeguard" speech, which he believed promoted unsound economic theory and unjustly attacked Coughlin. The anonymous writer also forwarded a copy of the letter to Father Ryan as a display of solidarity with Father Coughlin.