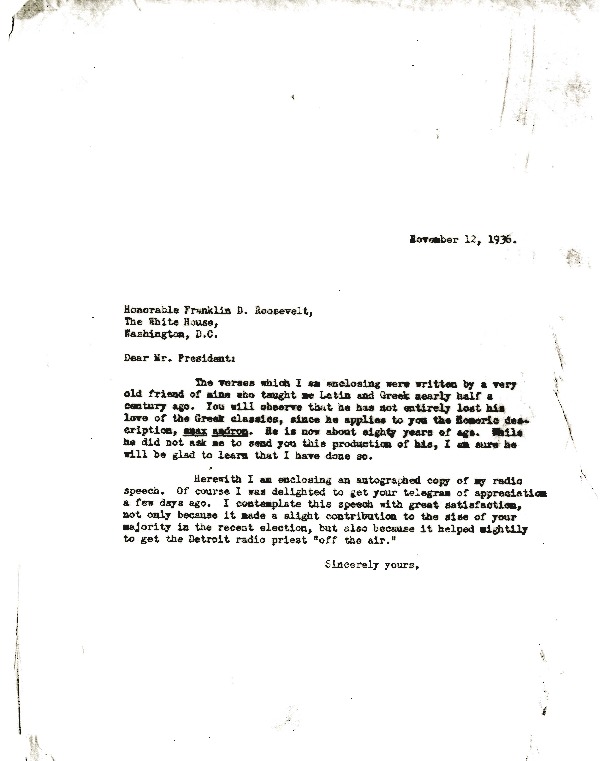 Enclosed with this response to Roosevelt's telegram , Ryan sent an autographed copy of the speech to the president with his compliments. Ryan regarded the speech with "great satisfaction", not only for the role in played in Roosevelt's landslide victory, but for its influence in forcing Coughlin to retire from the radio.

As you read the document, reflect on the following question: