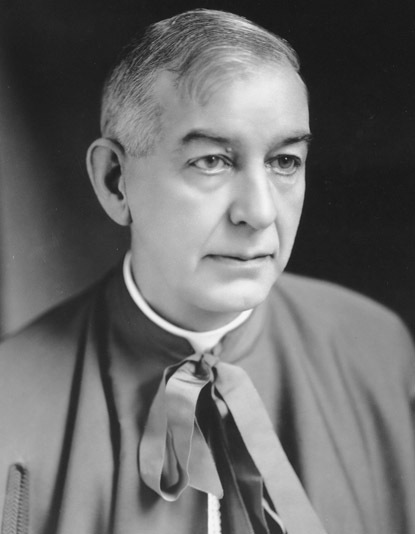 After decisively recanting his support for the Roosevelt presidency in the spring of 1935 Coughlin gradually became a more vocal and vehement critic of all New Deal policies. In mid-July of 1936, Father Coughlin delivered an explosive speech against Roosevelt as part of a political convention in Cleveland, Ohio designed to rally support for his Union Party candidate. At the climax of his oration, he ripped off his clerical collar and called President Roosevelt a "liar" and "a great betrayer" for failing to fulfill his pledges to reform the monetary system. The comment caused an uproar in the national press, and galvanized opposition to Coughlin. 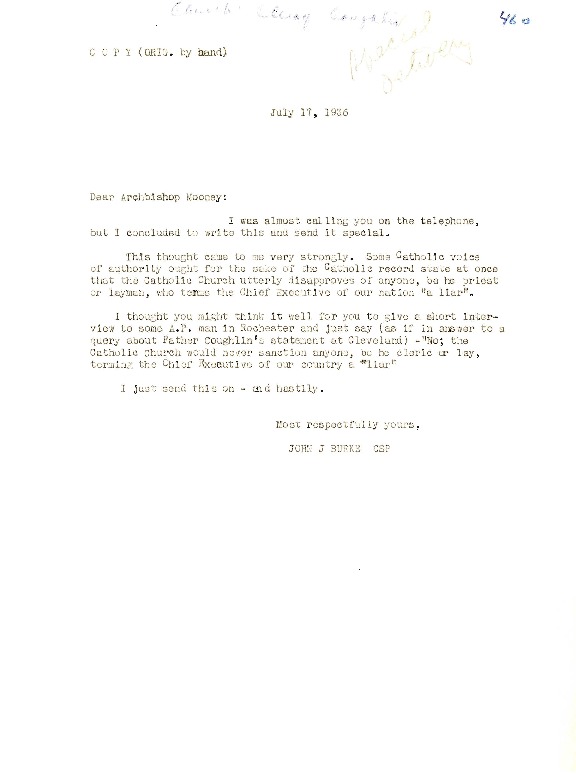 On July 17, 1936, Rev. John J. Burke, General Secretary of the National Catholic Welfare Conference NCWC (the representative organization of the US Catholic bishops), wrote to the Archbishop of Rochester, Edward Mooney, concerning Coughlin's actions. As Coughlin's superior, Mooney held the authority to discipline Coughlin's behavior. In his letter, reproduced here, Burke expresses his desire for some "Catholic voice of authority" to make a public statement against Fr. Coughlin. Burke, the general secretary of the National Catholic Welfare Conference, had worked throughout his career to encourage progressive social reform. More importantly, he was dedicated to protecting the Church's interests and reputation among non-Catholic Americans. From this overriding concern, he requested the influential Archbishop Mooney to speak in general terms on behalf of the American Catholic hierarchy in repudiation of such inflammatory statements, whether made by Coughlin or any member of the Catholic clergy.