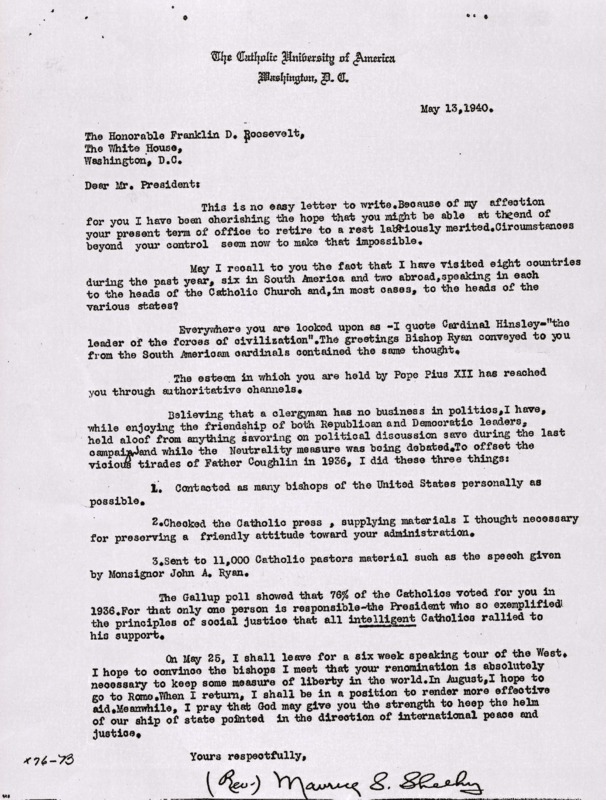 Father Maurice S. Sheehy was the head of The Catholic University of America's Department of Religious Education during the 1936 election. In this letter to President Roosevelt written four years after the election, he explains how he tried to counter Father Coughlin's invectives by sending pro-Roosevelt materials, including copies of Ryan's "Safeguard" speech, to fellow clergymen and to Catholic press organizations.

← FDR to Ryan and Response from Ryan to FDR
Next Page:

The Catholic Church on the Radio, N.C.W.C. Review →