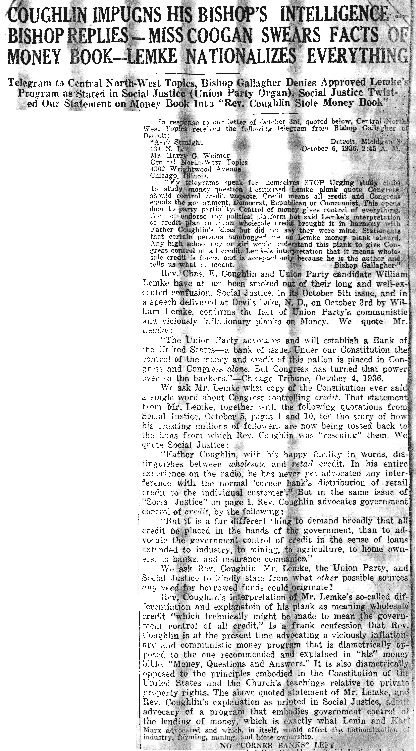 Father Coughlin's speech before a meeting of Union Party supporters in Cleveland culminated with his explosive statement that President Roosevelt was a "liar" and "betrayer." Outrage erupted in the national press over the speech, with many fully expecting that Coughlin would finally be rebuked and reined in by the hierarchy. Catholic clergy across the country were called on to respond to Coughlin's accusations. Bishop of Detroit Michael J. Gallagher, Coughlin's superior, found himself under increasing fire for refusing to censure Coughlin.  Gallagher tried to remain diplomatic in supporting his priest's right to free expression, while increasingly distancing himself from Coughlin's political ideas.

← Ohio Voters Go to Primaries Fired by Talks of Fr. Coughlin
Next Page: