Speech at the Townsend Convention in Cleveland 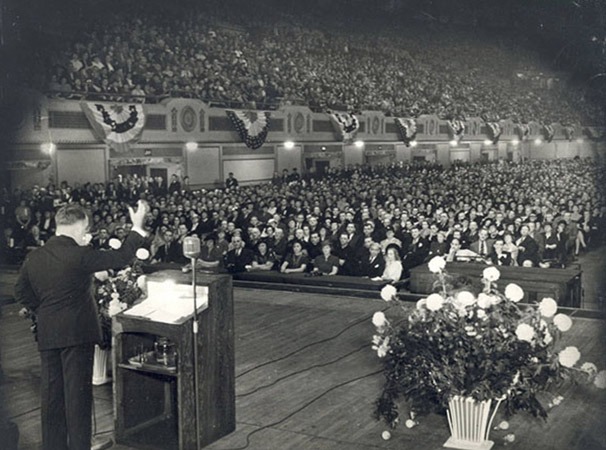 The formation of the Union Party, whose platform would be essentially a revised version of the sixteen-point program of the NUSJ, marked the apex of Coughlin's involvement in organized politics. Allying himself with Dr. Francis Townsend, the popular proponent of a revolving old-age pension plan, and with the Rev. Gerald Smith, the leader of the "Share Our Wealth" campaign after the assassination of Sen. Huey Long, Coughlin set about raising support for the third-party candidate William Lemke, a Congressman from North Dakota. At the campaign rally in Cleveland in July 1936, Coughlin gave one of the most memorable speeches of his career. He attacked Wall Street, bankers, Democrats, and Republicans. He indicted the Roosevelt administration for failing to reform the monetary and economic systems of the nation. At the climax of his oration, he removed his clerical collar and denounced Roosevelt as a 'liar" and a "great betrayer," claiming that the president's campaign promises of 1932 had never been fulfilled. The speech was greeted enthusiastically by the assembled Townsendites, but caused an uproar in the national press. 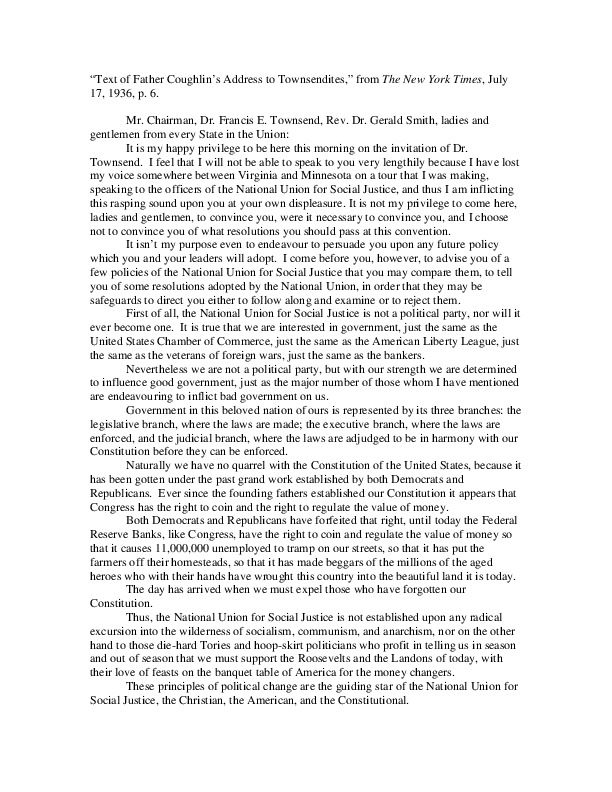