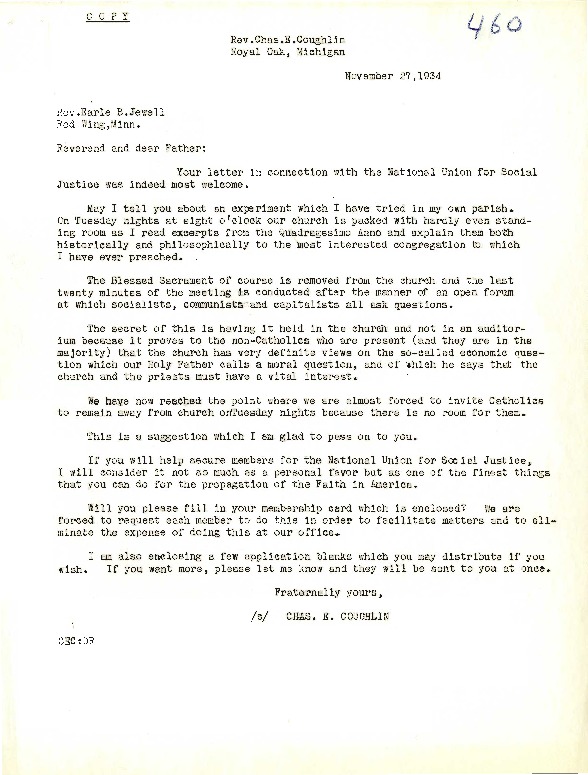 In announcing the formation of the National Union for Social Justice (NUSJ) on November 11, Father Coughlin encouraged Americans of any creed to join what he claimed was not a political party, but a lobby for the people. In this letter to the Rev. Earle B. Jewell, an Episcopalian minister, Coughlin describes the strategies he employed in organizing support for the NUSJ. He reveals that he had often addressed crowds of Catholics and non-Catholics alike in his church, answering questions about the papal encyclical Quadragesimo Anno and discussing the need for economic reform. Coughlin also sent Jewell several blank membership cards for the NUSJ, asking Jewell to recruit others into the new organization.

← John Ryan to Raymond Moley and Moley's response
Next Page: