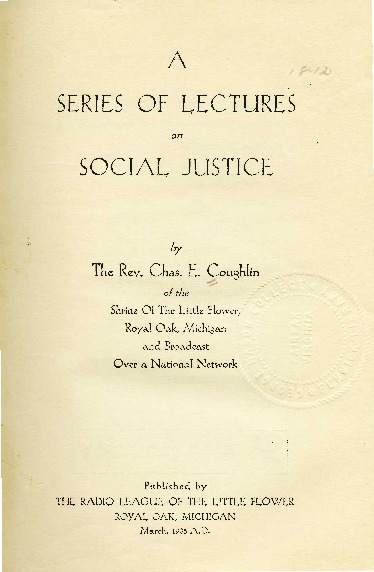 Father Coughlin continued to advocate a thorough reform of the capitalist economy. In this broadcast, he outlines the steps he believed necessary to correct the problems of labor, production, and distribution that were responsible for the Depression. He envisioned a significant level of governmental regulation of the economy, in particular calling for the federal government to take a greater role in the prevention and resolution of labor disputes. Coughlin intended these seven principles as a guiding program for the NUSJ.

← "The National Union for Social Justice: Preamble and Sixteen Points."
Next Page:

Quack Remedies for the Depression Malady →