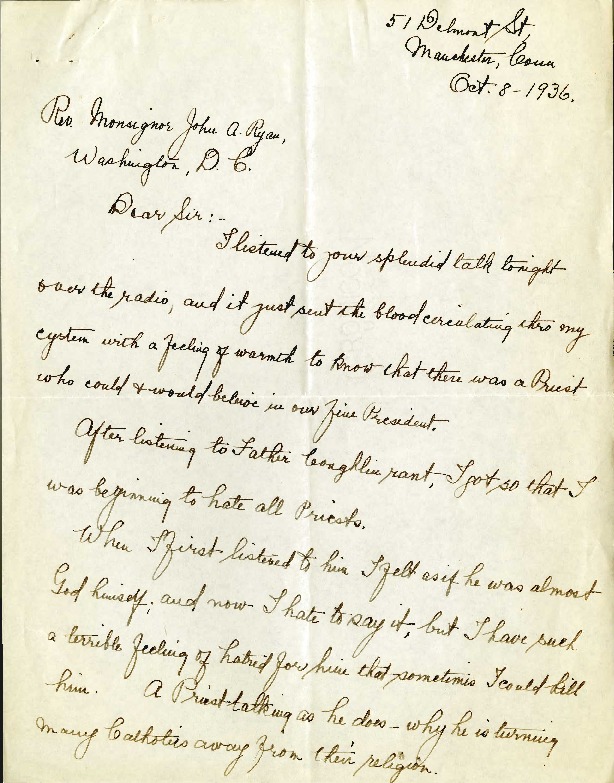 In his correspondence with James Hoey, Father Ryan wrote that he had received 1500 "intemperate" letters from Coughlinites, criticizing him for his "Safeguard" speech. Despite the very vocal contingent of critics, however, Ryan did receive correspondence from Americans pleased with his public support for the President, especially from non-Catholics who were troubled by Father Coughlin's vitriolic propaganda and who feared that it reflected the views of the Church as a whole. This letter from Mrs. Jessie Horton in Manchester, Connecticut, praises Ryan for the speech. While it is unclear if Mrs. Horton was a Catholic or not, she claims that her early regard for Coughlin had long ago given way to intense dislike.