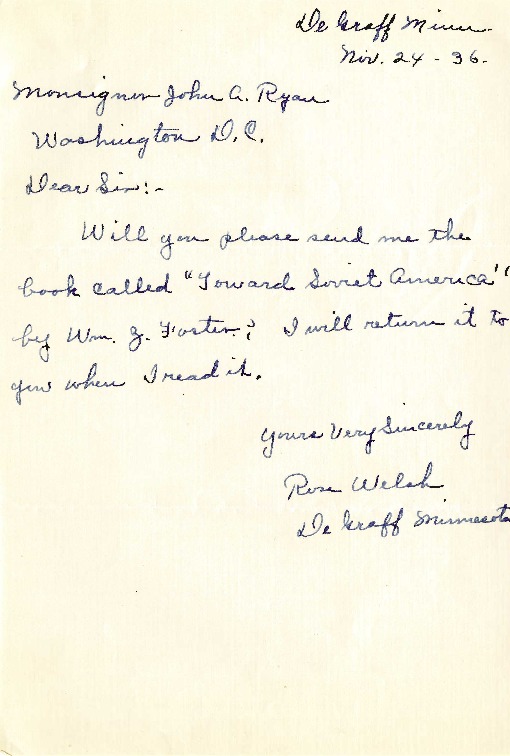 Many of Coughlin's followers believed that Father Ryan was a communist because of his support for Roosevelt and the New Deal. This letter illustrates that belief, as the Minnesota woman writing it asked Father Ryan to send her a book called "Toward Soviet America," implying the Ryan owned the work by Chairman of the Communist Party, USA.

← John Ryan to FDR
Next Page:

FDR to Ryan and Response from Ryan to FDR →