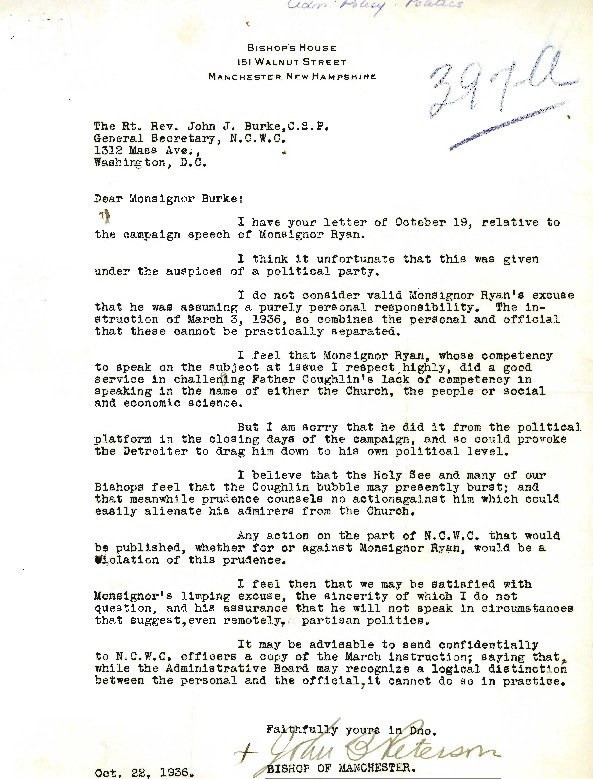 After his "Roosevelt Safeguards America" speech on October 8, Fr. Ryan received hundreds of letters from across the country. While some of the correspondents praised Ryan's stand, most criticised him for his position and declared their continuing support for Father Coughlin. Ryan's fellow clergymen also responded negatively to the speech, although their disapproval was directed towards Ryan's involvement with a specific political party rather than from animosity towards his opinions. Bishop of Manchester John B. Peterson (1932-1944) wrote to the Rev. John Burke, the general secretary of the National Catholic Welfare Conference, regarding Ryan's speech. Peterson claims that the speech violated NCWC policy, and feared that it would alienate Coughlin's supporters from the Church and taint the reputation of the NCWC.