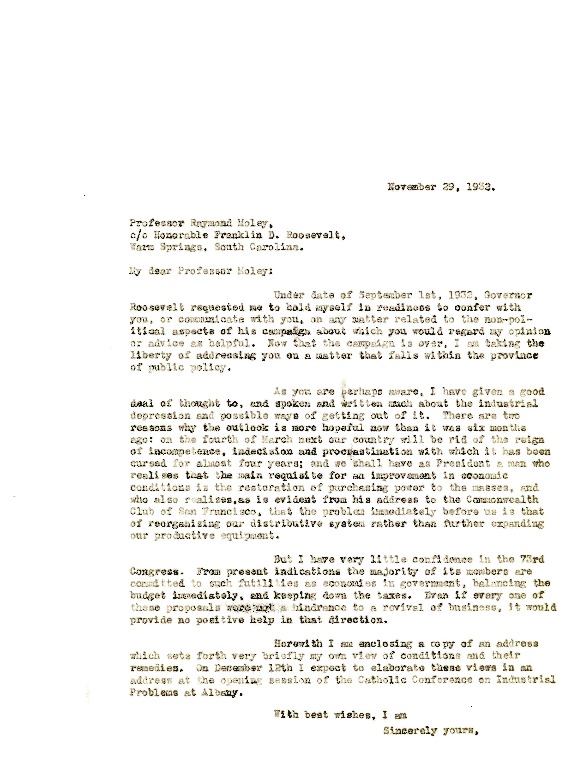 Although John Ryan and Franklin Roosevelt had never met, they were well aware of each other's reputations prior to Roosevelt's election as president. Roosevelt wrote to Father Ryan during the closing months of the 1932 campaign, inviting Ryan to voice his opinions on various subjects to Roosevelt's chief advisor, Raymond Moley. Moley was a professor of government and law at Columbia University before serving as one of Roosevelt's "brain trusters" and as a campaign speechwriter. After Roosevelt's landslide victory in November 1932, Father Ryan wasted no time in writing to Moley. This letter from Ryan, as well as Moley's response, provide a succinct picture of Ryan's attitude towards the outgoing Hoover administration and his hopes for economic reform under Roosevelt.