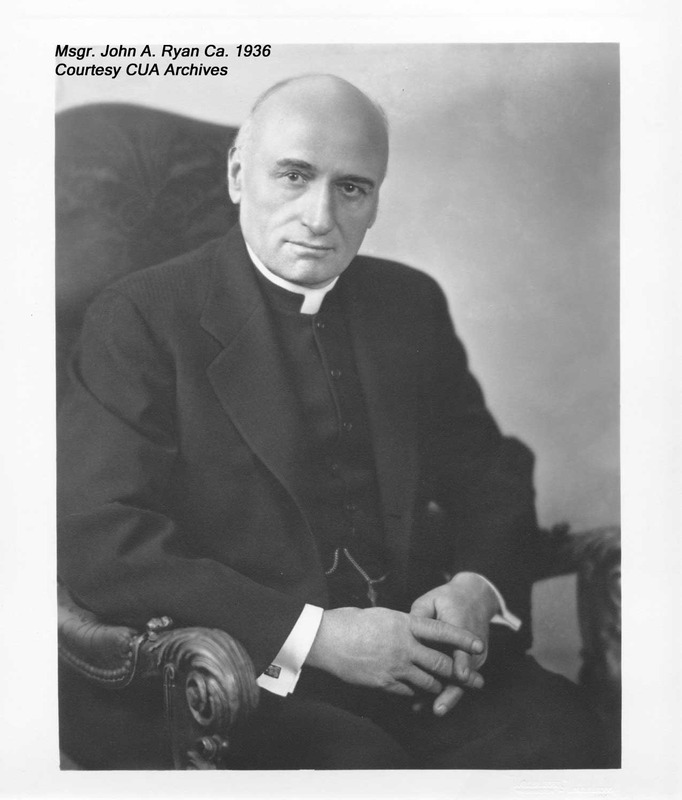 After a distinguished career as a professor of political science at The Catholic University of America and as the Director of the National Catholic Welfare Council's Social Action Department, Father John A. Ryan published his autobiography, Social Doctrine in Action, in 1941. By that time, the Great Depression had finally begun to fade; economic prosperity was beginning to return to America, and many of the social and fiscal reforms that Ryan had long advocated had become established practice. Looking back over his long career, Ryan reflected not only on his own successes and failures, but also on the history of the integration of Catholic social teaching and liberal politics in the American Church and the establishment of the NCWC. 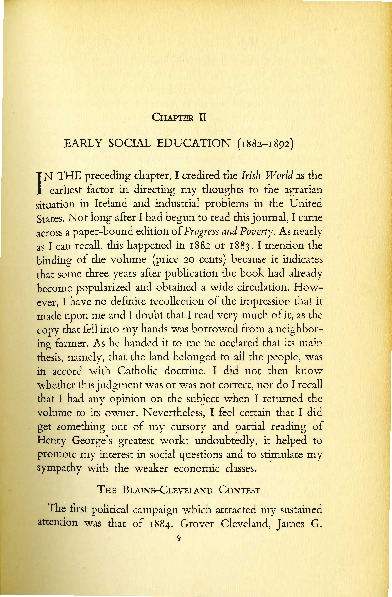 Reproduced here is chapter two of the autobiography, in which Ryan describes the people whose writings and actions offered him examples of the integration of piety and politics. His background as the son of an immigrant farmer gave Ryan an early preference for political positions that supported the "the cause of labor, the farmer, the small businessman, of the distressed classes." His educational and seminary training exposed him to influential Catholic prelates whose ideals of social reform were, in Ryan's opinion, as Catholic as they were progressive. Writings by such men as James Cardinal Gibbons, Archbishop John Ireland, Bishop John Spalding, and Rev. Dr. William Francis Barry all helped confirm Ryan's own belief that social justice was both a natural outflow of his Catholicism and also a necessary prelude to bringing others to the Church.

← An account of the life, work and message of Reverend Charles E. Coughlin, 1933
Next Page: