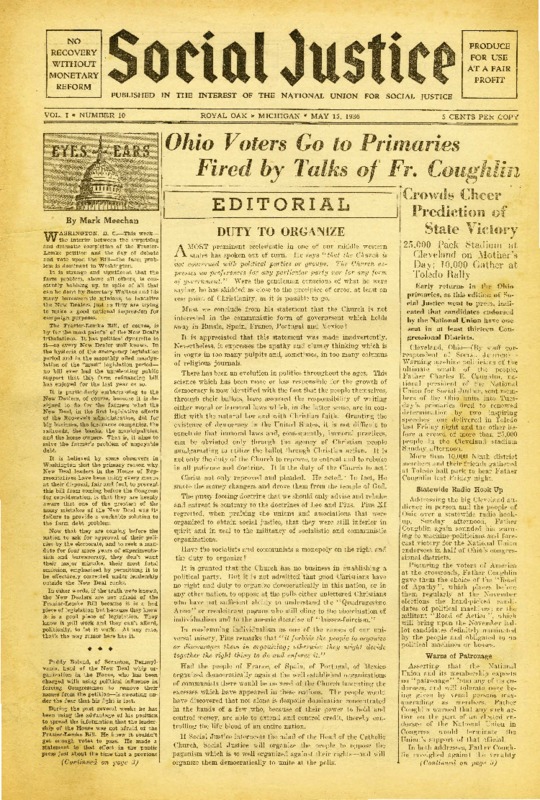 The primary elections in the spring and summer of 1936 were the first real test of the NUSJ's ability to influence national politics. Encouraged by the success of the National Union for Social Justice (NUSJ)-endorsed candidates in Pennsylvania, the Union had high hopes for the Ohio primary. Father Coughlin decided to campaign personally in the state, with impressive results. This issue of Social Justice discusses Coughlin's influence on the voters and claims victory for NUSJ-endorsed candidates in at least thirteen congressional districts. Note as well the editorial, which describes involvement in politics not only as compatible with Christianity, but also as a Christian duty.

← Memo on the Involvement of NCWC Staff in Politics, 1936
Next Page: