FDR to John A. Ryan; Ryan to FDR 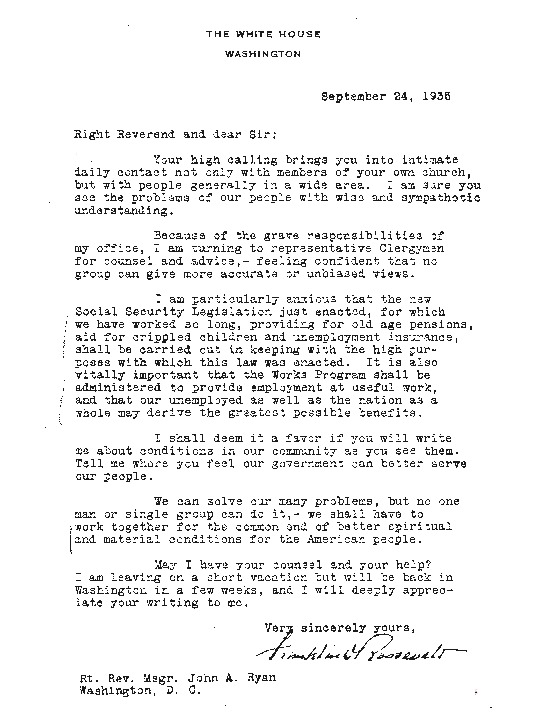 Despite the Supreme Court's decision to overturn the NRA, the New Deal program continued to expand with the passage of the Social Security Act in August of 1935. In September, President Roosevelt wrote to Father Ryan and other clergy, both Catholic and non-Catholic, to request their advice and their insight into the conditions and mood of working-class. In this letter, Roosevelt particularly asks Ryan for his views on the new Social Security program. At the president's request, Ryan had served on the Advisory Council to the President's Committee on Economic Security during the drafting of the Social Security Act, and their professional relationship was clearly one of mutual respect. Father Ryan's response to Roosevelt's letter avoids the subject of Social Security, and instead focuses on the Works Program. Ryan admired the impulse behind the measure, but believed that the plan for the public projects did not go far enough to adequately address the problems of the industrial stagnation.