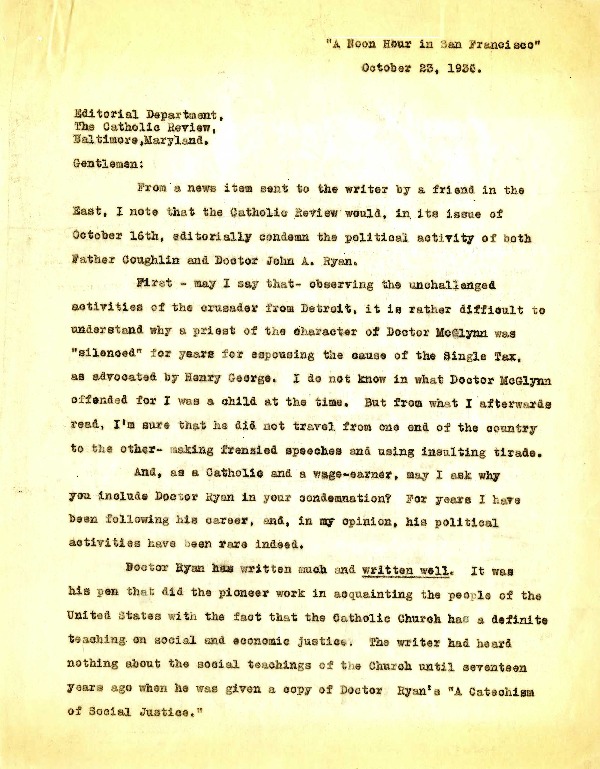 The importance and influence of opinions expressed in the Baltimore Catholic Review is demonstrated by this reply to the editorial cartoon "Two Political Priests" from a reader in San Francisco. This letter, copies of which were sent to both the Editorial Department of the Catholic Review and to Ryan himself, defends Ryan's actions in delivering the "Safeguard" speech and condemns Coughlin's political rhetoric.