Memo on the Involvement of NCWC Staff in Politics, 1933 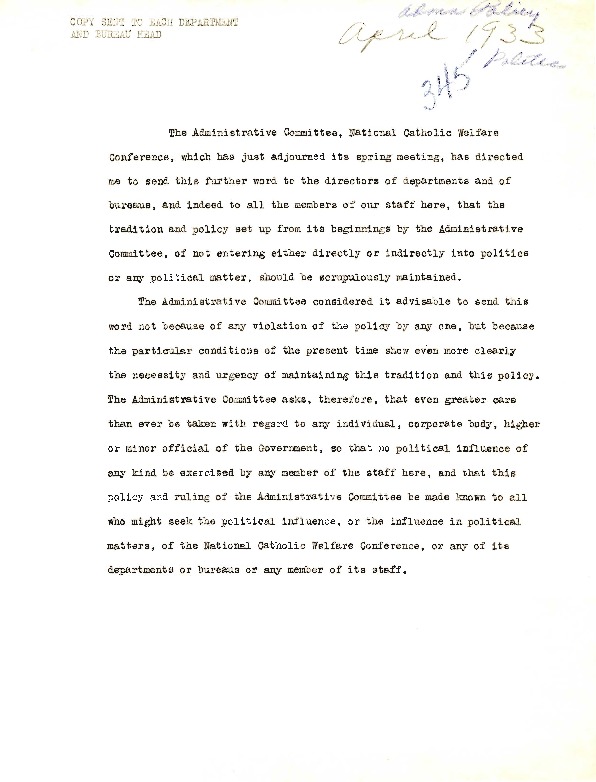 There are no specific regulations in Church law on the role of priests in formal partisan politics. Instead, each bishop is supposed to supervise the activities of his priests, using discretion in monitoring or limiting their political involvement. In the early 1930s, however, the National Catholic Welfare Conference (NCWC) decided to prohibit political activity by members of its staff in order to maintain the neutrality of the Catholic organization. In April 1933, shortly after President Roosevelt's inauguration, the NCWC Administrative Committee issued an internal memo reminding the staff that the tradition and policy from the NCWC's beginnings forbade direct or indirect entrance into politics and any partisan political matters.

← The Catholic Church on the Radio, N.C.W.C. Review
Next Page:

Memo on the Involvement of NCWC Staff in Politics, 1936 →